It’s the end of an era at North Star as the Marine Environment Museum comes apart at the seams to make way for the new Marine Discovery Centre. New name, totally revamped interior, state-of-the-art light and sound, interactive digital terminals and world-class marine and coastal science displays. This will be one of the most ambitious, complex and come to think of it, ‘expensive’ projects ever undertaken at North Star.

Over upcoming weeks, we’ll keep you posted on the progress, right up until the day the doors swing open and our very first visitors get to peek inside. It will definitely be worth the wait! Out with the old and in with the new! The first of a fleet of trucks rolls into North Star, loaded with new cabinetry of all shapes and sizes. Get excited. Work has commenced on the new Marine Discovery Centre. Hard to believe this was once North Star’s busy educational facility, teeming with kids eager to learn about the marine environment. The plan is to go back to bare bones, then start all over again. After all the planning, it all comes down to the next few months. We hope they fly! Right now, they’re a bit like the pieces of a giant jigsaw puzzle but once the clever crew of cabinetmakers put them all in place, they will become the sleek new home for the Centre’s revamped marine display. Did you know the great white shark averages 4.5 metres in length but some have been recorded as large as 6 metres long? They can weigh up to a whopping 2250kg! But thanks to the courage and sheer brute strength of North Stars refurb team, they had no problems maneuvering this healthy specimen into place at the new Marine Discovery Centre. 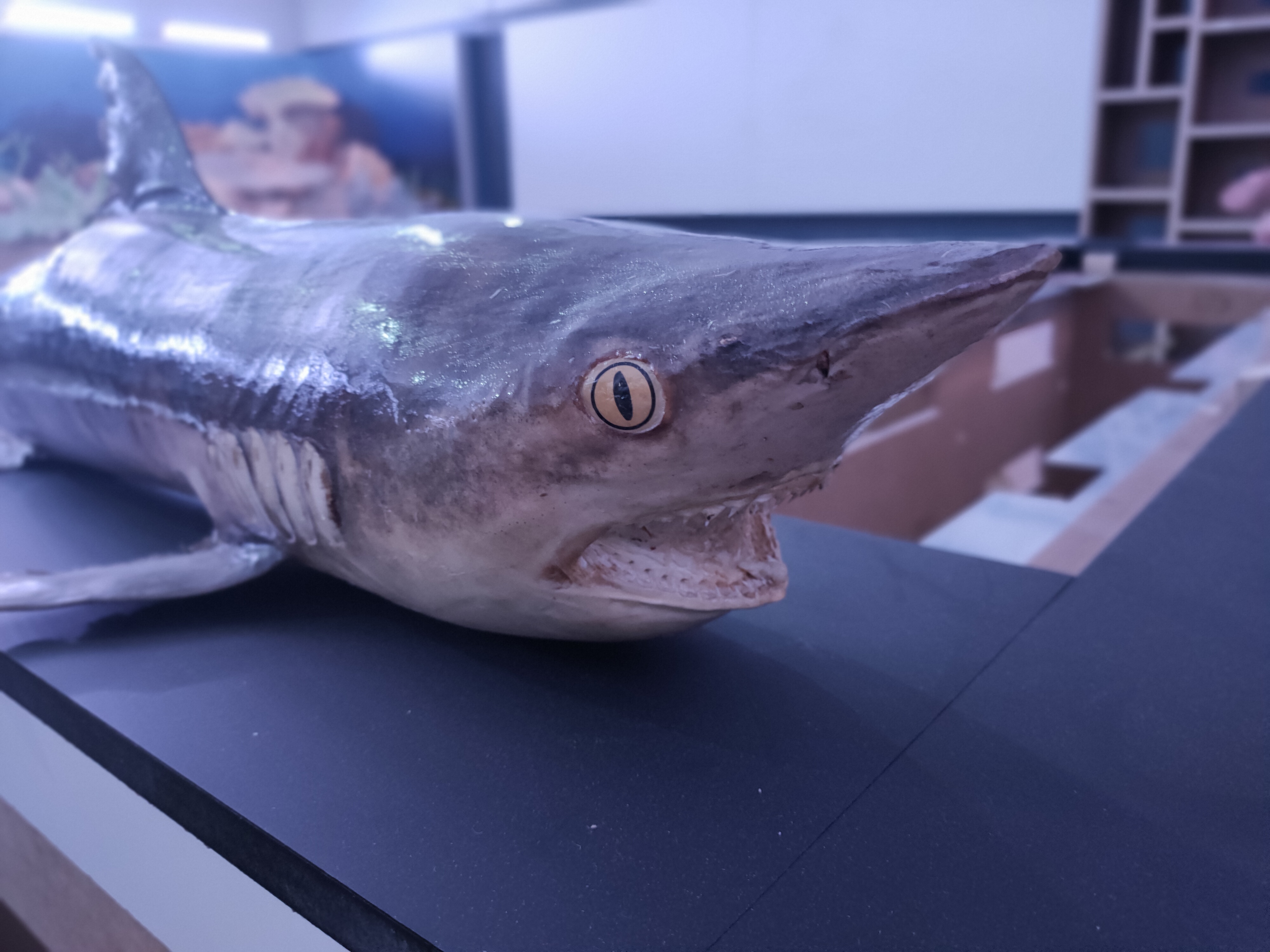 “Why is it that suddenly I feel like a fish out of water?” The new Marine Discovery Centre is taking shape and some of its former residents are looking forward to seeing their new home.

The new home for the Marine Discovery Centre’s delicate coral display is taking shape. The coral specimens were purchased from the museum of Townsville some 10 years ago, so we decided these long term residents deserve the VIP treatment. We might even throw them a house-warming party once they settle in! Each piece of our precious coral has been carefully placed in our new coral garden. Without giving too much away, North Star’s creative AV team has been working overtime to bring the WOW factor to this installation. Once they’ve weaved their magic, we guarantee you’ll feel like you’re swimming beneath the waves. Don’t worry though, you won’t need to wear your swimmers to visit the Marine Discovery Centre! Ben, our resident shark catcher and expert on all things Carcharodon Carcharias, had no problems catching this fine specimen for the new Marine Discovery Centre. To be honest, we were expecting Ben to come up with something a little larger for the new Centre…. Baby shark, doo, doo, doo, doo, doo, doo. Our carpet laying team are working their way through this giant blue jigsaw puzzle! Wow, what a difference. A sea of blue and aqua, just like the colours of the ocean. After their well-deserved Christmas break, the Brandi team have returned and are hard at work on the new Marine Discovery Centre. The last of the cabinetry arrives this week and we’re moving closer by the minute to reopening. A few of the team were left scratching their heads when they realized just how tough it was going to be to maneuver this rocky remnant through the Marine Discovery Centre doors. Like all the other challenges they’ve faced so far, they left no stone unturned in ensuring its safe delivery. Can you guess what these dazzling pieces might be part of? Without giving too much away, once inside this unit you’ll have a window to the deepest depths of the ocean. Some of our delicate specimens have once again found their high-tech forever home within the newly revamped Marine Discovery Centre. Their intricate details are now complemented by colour-changing backlit displays. Bit by bit, box by box, the Marine Discovery Centre is slowing being reassembled and re-energised in the most exciting and inspiring way. As the Marine Centre nears its completion, we wanted to acknowledge the incredibly hard-working team that made it a reality for us.

Like a living ecosystem, the construction team worked in an around each other to deliver the centre through the final zone into completion.

From demolition to installations, kitchens, lighting and displays, audio and cabinetry, specimens and plastering, carpet and glasswork, artwork and painting; each integral component working in unison to form a bubble of life.

We extend our deepest gratitude to each and every member of the various teams and trades, from multiple companies on the forefront to those hard at work behind the scenes.